Skip to content
May 16, 2011 Mona Alvarado Frazier
Do you remember Pedro Infante, the Mexican movie star from the Gran Epoca of Mexican movies? Maybe you don’t, but I mention this because he came into my little ‘blog’ life last week. But I’ll start at the beginning.
I follow a blog penned by Kathy Cano-Murillo author of two books. She is at http://www.chicawriter.com and http://www.craftychica.com. (She has terrific sites). Kathy asked her readers if we read any of the books she listed on her “to read book list” and if we had she invited us to write a review. One of the books was from one of my favorite authors, Denise Chavez. I’ve read all of her books, including “Loving Pedro Infante.” So I took the plunge and wrote the following review, which you can find, among the others on Kathy’s website. The cover of the book es muy sauve, but I don’t know if it’s copyrighted so here’s another photo of Pedro Infante. 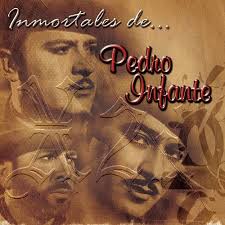 Denise Chavez creates real, flesh and blood characters whose lives touch ours even though they live in fictional border towns, between two cultures. Chavez describes Cabritoville as “…a one-horse-two-dog-mangy-one-cat town…” Her main character, Tere, is a teacher’s aid who  lives “…in the little house, next to my mother’s bigger house.” She is a very engaging, funny, late thirty-something divorcee who spends most of her free time watching old romance movies while waiting for a married lover to give her some attention. Most of us have been there, done that (substitute unavailable for the married).
Tere says she “…has a degree in living…” and that may be true, but she gets a D in men and romance. She is the secretary of the Pedro Infante Fan Club and spends many an evening romanticizing the Mexican movie star in the humid El Colon movie theater with her best friend Irma. If they’re not in El Colon, they are in a bar, or a friends kitchen discussing relationships.  And herein lies the dilemma for Tere. She knows she’s not happy with a married lover and she yearns for a good man, a romantic man’s man, like Pedro Infante, but does she have the ‘huevos’ or ovaries to break up with the guy.  While she’s waiting for this cabron, she’s getting older, she’s not growing in her life, her quasi-socio-cultural savvy friend Irma mentions– more than once. And Tere knows this is true.
There is a sub-plot, about a male friend of Tere’s, which isn’t effectively resolved, however it adds some interesting texture to the story. And there is a little confusion in the time sequence of the narrative. But these don’t detract from the ‘pleasure’ value of the story.
The real romance here is the bond of friendship and family. It’s about the kinds of friends that stay with you long after the bad relationships end and are willing to pick you back up.  The story is enriched with Splanglish and cultural identifications which may put off some readers, but the themes in this book transcend cultures and language.
If you haven’t read the book, try to find it in the library or order it from Amazon.com. It’s a story most women can identify with, whether you live in Goatville or not.