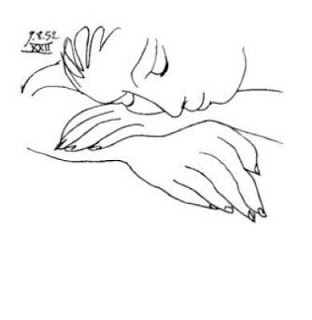 This feeling of malaise has come over me today. Maybe that’s too strong of a word since I don’t feel any physical discomfort or illness but another definition of malaise is uncomfortable. It’s kind of that and a cross with ennui.


I’m embarrassed to say I missed Sunday services although I woke up in plenty of time. Took another cup of coffee and vitamins too just to try to perk myself up. Another two hours drug by. While I stared out of my patio window I noticed the wind swirling through the birches and mimosa in the backyard and heard my wind chimes singing. The sky was a blanket of gray. Our dog looked at me and cocked his head sideways. I glanced at his leash near his igloo dog house and he jumped up and twirled around. He caught my sideway glance. I grabbed the leash and headed out, imminent rain or not.


Once out on our walk the puzzle of malaise/ennui floated around my head. Why am I feeling this way. What’s happening. Am I depressed?  Last month’s flu back? What is it. My thoughts screeched to a stop and I remembered the concept of ‘drilling down,’ a business word-well in least in my last career. It means to take summary information (feeling of malaise/ennui, but not illness) and sorting out the details to the last one that makes sense to you. It kind of like a self assessment.


The words to my questions started popping up. Am I procrastinating on something? That sounds kind of like the feeling. What am I procrastinating on? Oh, yeah. I did do the first five exercises of the One Pass Manuscript in longhand then typed them out, then I printed out all 290 pages of MS, then I assembled them in stacks of three, got out my spiral notebook, two pens and placed all on the dining room table. That took two days (in between life). On the third day, yesterday, I did nothing. Oh, I passed the waiting pile on my way to and from the kitchen six times that day. On the seventh pass I rearranged the piles.


Okay, so there it is. I’m procrastinating. The drill down begins again. Why am I procrastinating? I snatch a thought: You’re scared, you’re afraid the MS is no good. Why am I thinking like that? I drill further. You feel you won’t fulfill your own critical expectations. You’re self critical, you know that. You’re doubting yourself. Yes that is closer to the feeling. Then I try to make sense of that feeling. I know, consciously, that if I doubt myself that means I don’t have faith. And this is the part of the story where I have to explain ‘faith.’


I became a Christian almost four years ago. I’ve had a few instances where I hear the Lord’s words clear as a bell ringing and sometimes like a soft whisper. One day when I was in services I heard a distinct voice say this twice,”tell my daughters they are precious and valuable.” I looked around, then sat down and wrote that on my bulletin. I have one daughter and He used the word in plural, so that meant more than one female. Soon after I crossed paths with someone who invited me to a writer’s group and I began to take writing seriously. That sentence became a scene in the MS and a sub-theme in the story I began to write.


I’m sharing this story because I discovered that the malaise I felt was because I doubted my ability to tell these words in a novel. I doubted because I didn’t rely on faith. If the Lord told me to do something I want to do it to the best of my ability. It doesn’t have to be the best in the US, best in California, just my personal best. If He has led me this far (crossing paths with other writers, authors, teachers, new friends) then He will lead me the rest of the way, but I have to let Him lead. I can have these feelings, but I can’t give into the feelings for too long.


It began to drizzle lightly, small sporadic droplets. That smell of wet asphalt and grass rose from the walkway and mixed with the scent released by the jasmine vines that my dog got into. I headed home, with the path ahead, clear.

2 thoughts on “Is it procrastination or something deeper?”