Skip to content
July 12, 2011 Mona Alvarado Frazier
Everyone has an opinion on the Casey Anthony trial. It does remind me of the O.J Simpson case with it’s media attention, theories, and verdicts. Each television channel, talk host, radio personality, and newspaper writer has their slant on what happened and what’s going to happen with this woman, Casey Anthony.
What I don’t hear much of is that the woman is a sociopath. Why is it important to recognize that she is a sociopath? Because if you can recognize them (sociopaths) you can protect yourself and your children. This aspect of the case is what I would like the talk shows, magazines, and newspapers to spotlight. Educate the general public in this disorder. 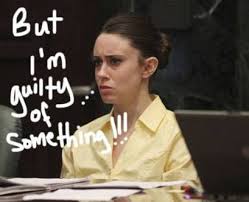 Not all sociopaths are killers, most are not. But they are liars, manipulators, thief’s, con artists, frauds, and overall not people you want to take care of your children, date, or have as a friend.
I’ve spent all of my 28 year career inside of a correctional facility working with male and female offenders. Numerous sociopaths have crossed my path both inside and outside the facility. Whether in or out, they all had the majority of the following traits.
Interpersonal traits
• Glib and superficial
• Egocentric and grandiose
• Lack of remorse or guilt
• Lack of empathy
• Deceitful and manipulative
• Shallow emotions
Antisocial lifestyle
• Impulsive
• Poor behavior controls
• Need for excitement
• Lack of responsibility
• Early behavior problems
• Adult antisocial behavior
© 1993 by Robert D. Hare, PhD.
The more characteristics the person has the higher they are on the continuum of antisocial to sociopaths to psychopathic. Again, not all psychopaths and sociopaths murder. It  isn’t the only outcome. Not everyone in jail is a sociopath either. There are numerous men and women who we cross paths with that are sociopaths. If you do, run the other way, no matter how charming they seem.
Why are sociopaths like Casey Anthony and O.J. Simpson initially not convicted of murder?
Why sociopaths are hard to recognize

1. They’re fluent talkers (liars). Even when caught in a lie, they change their stories without skipping a beat.
2. They’re totally comfortable in social situations and cool under pressure.
3. They use family or business connections to make themselves appear legitimate.
4. They often become, or pretend to be, clergy, lawyers, physicians, teachers, counselors and artists. Most of us generally assume people in these positions are trustworthy.
5. They’re happy to exaggerate—or fabricate—credentials. Few of us check their references.
6. They will say absolutely anything—”I love you,” “You can trust me,” “I’ll never do it again.” The words, to them, mean absolutely nothing.

According to Dr. Robert Hare, many sociopaths (he prefers the term “psychopaths”) behave in a way that is technically not illegal, but violates conventional ethical standards. Dr. Hare calls these cases “subcriminal.”
In his book, Without Conscience, he states:

“They appear to function reasonably well—as lawyers, doctors, psychiatrists, academics, mercenaries, police officers, cult leaders, military personnel, businesspeople, writers, artists, entertainers and so forth—without breaking the law, or at least without being caught and convicted. These individuals are every bit as egocentric, callous and manipulative as the average criminal psychopath; however, their intelligence, family background, social skills and circumstances permit them to construct a façade of normalcy and to get what they want with relative impunity.”* (click on * for link to Lovefraud website)

These subcriminal sociopaths rarely go to prison, but what does happen is that they repeat their behavior and are caught, repeat, caught, until they crash and burn. OJ Simpson will be in prison for 33 years, Bernie Madoff received 150 years, and Ms. Anthony (unless she asks for intense counseling) will join them after a couple of ‘repeat and caught,’ sessions.


We hope that innocents aren’t in their pathway when they do so.

4 thoughts on “Sociopathy and the Anthony Case”