With the big cat

In the funny hat…

is a fond reminder of my childhood and later, motherhood.

With three kids, Dr. Suess was a household name, not only in my family but millions of readers throughout the years.

Theodore Suess Geissel (Dr. Suess) began his career cartooning in 1927 for The Saturday Evening Post. He is the author of 46 books, documentaries, and short animated films.

A two time Academy and Emmy Award winner and Pulitzer Prize recipient , Dr. Suess even has a star on the Hollywood Walk of Fame.

In the spirit of this poem, here are five ways to celebrate Dr. Suess’ birthday:

2. Start the day out with the healthy version of Green Eggs and Ham. And then indulge in some yummy desserts and other foods.
3. Throw a party. Make your living room or the kid’s bedroom into an inviting reading area where you can serve goodies from the recipes above, don your huge striped Cat in the Hat hat, and read Dr. Suess books aloud. Here are some more activities for kids.
4. Attend public readings at your local bookstore, children’s classroom, or the library. No readings? Volunteer to read at K-2 grades.
5. On Friday, March 1 watch PBS Kids. They are celebrating Dr. Seuss’ 109th birthday with two new episodes of THE CAT IN THE HAT KNOWS A LOT ABOUT THAT!
Now I’m sure with a little imagination you can come up with two or three more ways to celebrate the day. Have a fun day and weekend celebrating.

Jeannine, an escapee from corporate life, wrote a guest post for the blog “My Name is Not Bob.” After the birth of her baby she suffered postpartum depression, returned to work, and dealt with the increasing demands of her job. A few years later and after upping her medication to levels the doctor balked at, the doctor asked, “Is this what you really want.” Jeannine decided it was not and quit her job. Find Jeannine’s blog and read some of her other insightful posts.


After I read her post I reflected on my own dilemmas as a working (outside the home) mother. One of the decisions I made was to delay having kids until I received a promotion and had a regular day shift. For the promotion I had to relocate to another correctional facility. Not only was my husband and I away from family, but we didn’t know a soul in this new urban area.Unknown at the time, was that I was pregnant. If I had known, I wouldn’t have accepted the promotion to Investigator. In the prison the investigator works to solve alleged major disciplinary infractions: stabbings, narcotics, weapons, riots.


Investigators are called into a scene as soon as the incident is cleared. It can be pretty scary walking prison grounds in the dark and worse going into housing units where a stabbing just occurred. In those days (twenty five years ago) we didn’t have  masks, gloves, or kits a la CSI. It was the ’80’s and the height of AIDS epidemic.


I, and women in my situation, just had to deal with it and move on. There wasn’t any sympathy about  pregnancy.


Several scenarios clouded my head about catching a disease or becoming injured while performing my job. My husband wanted us to pack up and go home if I couldn’t get a desk job. I was faced with quitting after five years in a career I loved. If I quit, my husband’s job couldn’t support us.


What I learned from working in prison was not to whine, blame or act entitled with supervisors.


If I could deal with walking into a bloodied cell, I could talk to my new boss about my feelings of safety during my pregnancy. But first I had to think of a solution for the problem I’d be presenting to him, be direct, and willing to hear what I didn’t want to hear. The plan was to have on duty supervisors take pictures of crime scenes, I’d train them even if it was on my own time. It worked, I’d be behind a desk for the next three months.


After the baby I went through the depression of the impending return to work. I’d never had anxiety bouts before but I had them now. It seemed that guilt overshadowed every moment, awake or asleep. I prayed through those times and tried to shake it off. How dare I want to go back to work? How dare I leave a little baby with a stranger? It wasn’t just me hearing that in my mind, a few male staff made the remarks too.


Quit, forget this work, it’s not for women anyway


I decide to ask for three more months off of work. To be off any longer than six months meant I’d have to return to the Academy to re-qualify as a Peace Officer. That would take me eight hours away from home for weeks.


Before I had to return to work, my husband was laid off from his job. It was a blessing. He became a stay at home dad for almost a year before he found another job. By that time I was able to transfer back to our home town and we were able to find a wonderful woman to come to our home each day. I felt less guilty that I didn’t have to take the baby out and that I could depend on my mother to help out in a pinch.


It worked out but I wouldn’t want to go through that again and I didn’t for another four years. The desire to have another child outweighed the memories of my anxieties with the work dilemma. Again, I was blessed to finagle something my colleagues said would never work: becoming a part time Parole Agent. The warden said if I found another part-timer he’d okay the ‘experiment’ for one year. I did and I was happy, the other mother happy, and our the kids happy.

And that’s the way it went, a patchwork of helping hands, prayer, timing and accommodating supervisors. A few years later I had my last child, kind of late in the game. Years later I divorced and it didn’t make life any easier, but we both tried our best for the kids.


After my retirement (peace officers can retire at 50) I became a single stay at home mom with two kids in high school. I also picked up old journals I had written through the years and decided to take some writing classes, try my hand writing a family history, and then fiction. And although I may regret some of the choices I made, I love every minute of this time in my mom life.


If you work outside the home how have you dealt with feelings of guilt? What’s your patchwork of helping hands? 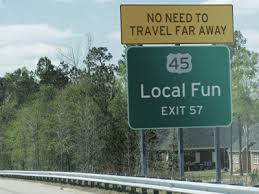 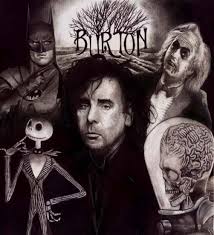