Skip to content
July 2, 2011 Mona Alvarado Frazier
Michele Serros fans mark your calendars. A short story from her book “How to Be a Chicana Role Model” debuts at the Ventura Film Festival, which runs from July 8-18th, 2011. Michele is a well-known author from Oxnard, CA. She is a writer, poet, and social commentator for National Public Radio and Fox Latino News. Her credits also include former writer for the George Lopez Show. 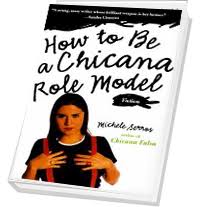