Have you ever ended up finding something better than what you were looking for? Happened to me today and I’m glad it did.


It started out with the desire to locate one notebook. My old faux Queen Anne end table sits next to my writing desk. It’s my writing storage area where old notebooks, binders, clipped articles, and printer paper reside. There are three years of critique notes, magazine articles, handouts and revision notebooks.


Two hours later, after a  thorough cleaning of the dusty writing end table, I found some great tidbits of writing information. The one I found most interesting was a handout given to me by my first critique group leader Amada Perez, author of several children’s books. Her own writing journey began over a decade ago and included meeting Dennis Mathis, a professional and personal editor of award winning author Sandra Cisneros.


The 2008 handout is missing the first page but there are still several gems of good information. Mr. Mathis describes the following common problem areas when writing a short story or novel: 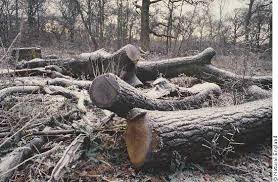 5. Dead Would– “Some days she would be waiting for him on the couch wearing a provocative  outfit. She would be an aggressive lover.” The word would does have a legitimate place in the language. For example, it’s appropriate to say, “I would do it if he gave me $100.” Would is properly used in its conditional sense, not as a verb modifier. Try to stay away from the ‘would’ and go for the action.

I will get back to the rest of these confusing writer habits in the next post. I really need to find that notebook for class.