Several months have transpired since I’ve posted anything about creative writing or the topic of writing.

It’s probably because I’ve been concentrating on revision after revision on my own manuscripts, or maybe I’m subconsciously trying to avoid oversaturating my brain.

Here’s the big But,

But sometimes there is some darn good (great) advice out there in the blog world about writing that I feel I must share, for to not share seems miserly, covetous.

One such website is We Wanted To Be Writers, a blog by two Iowa MFA graduates and teachers  who often feature other writer’s who also received their MFA’s at the famed Iowa Writer’s Workshop in the mid-70’s. They include John Irving, Jane Smiley, T.C. Boyle, Allan Gurganus, Sandra Cisneros, Jayne Anne Phillips, Joe Haldeman, Jennie Fields, and many others. 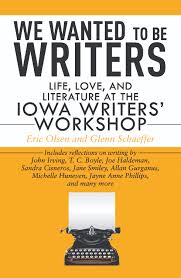 These bloggers put together a book, We Wanted to be Writers, which is a series of fascinating, funny, not so nice conversations among nearly 30 writers-students and their teachers-who were at the Iowa Writers’ Workshop. It’s a bargain for $1.99 on Kindle. (This is just a personal recommendation, I don’t receive any compensation).

Recently I’ve enjoyed reading their six part series on “What Do Writer’s Really Want to Know?” Here are some gems I selected for your reading pleasure, but read the entire post. There is so much useable, funny, creative, and inspiring information on their blog:

2 thoughts on “What Do Writer’s Want to Know?”