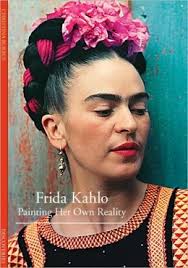 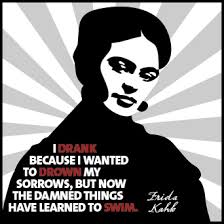 It’s my mother’s birthday. She’s on the other side of her early 80’s.

Still a rebel with a cause. A chingona of the first degree, a strong woman.

Loves to eat, tell us stories, have a beer sometimes (only Corona), and laugh.

We celebrated yesterday at a birthday barbeque in the backyard surrounded by four generations.

Her favorite menu of carne asada, corn on the cob, chocolate cake with raspberries were among the spread. We forgot her diabetes for one meal. We didn’t want another tussle.

Amidst the talk of another year gone by, she begins counting grandchildren and greatgrandchildren, thirteen in total.

“Look,” a friend said to mom, “look at all these fires you started.”

Mom leaned back, she looked pleased and nodded.

I heard her whisper, “Maybe my last year.” She’s been saying those words for the last several months.

She reminds me that she’s glad I wrote down the stories of her childhood four years ago and gave them to my siblings and cousins.

“It’s a good title, ‘Remembering before I Forget,’ she said, “because I’m really forgetting now.” And that reminds me that I have to revise the stories. Her cousin says that she recalled a few incidents incorrectly.

She turns melancholy. It’s hard for her being the last sibling alive. We never had grandparents on her side of the family. She was orphaned at a young age. Remembering that she’s the last one alive is hard for me too. Sometimes I feel guilty we still have her and my cousins don’t have their moms and dads anymore. I think about how they feel when they see her.

Mom looks to a near future of death, preparing for it by making all the arrangements and payments for her plot, selecting her songs, specifying the flowers, writing down her pall bearers (to include her granddaughters), giving me cards for the man who releases the doves.

“And no crying, celebrate. I want Mariachi’s to play.”

Everytime I hear her say this I choke up. I’m gonna cry. I know it. And I don’t care. Many, many people will cry. And then I’ll remember all the funny stuff she says and does, all the while laughing. We’ll cry and later laugh, loud.  That’s a family thing, we laugh loudly.

We’ll remember her push for college, her feistiness, her marches for justice, persistence, her green thumb, her love of reading, her travels, her stories about her barrio. We’ll remember it all.

But the time to cry isn’t now.

We toast to her health and more birthdays to come.