We can make Martin Luther King, Jr. Day one of honoring his life and legacy by applying his principles to our actions. Although his famously inspiring speech was fifty-six years ago, we still need his words to inspire us to do better.

Here are two quotes from MLK, Jr. which resonant with me today.

One’s dignity may be assaulted, vandalized, cruelly mocked, but it can never be taken away unless it is surrendered.

This screenshot from a video is disgusting when one sees the smug look on this teenager’s face who mocks Nathan Phillips, an Omaha tribe elder, and Vietnam Veteran.

The other boy has an open mouth, no doubt yelling in support of his high school buddy and MAGA hat wearer. This group of over 100 students jeered and shouted, “Build that wall.”

The group had been yelling at African American’s representing another group a few minutes before they turned their hate on the indigenous people’s group.

The hate’s still there. The age is younger, blatant, conceited and entitled.

Nathan Philips continued his drumbeat, his chant for peace.

“It was getting ugly, and I was thinking: ‘I’ve got to find myself an exit out of this situation and finish my song at the Lincoln Memorial,’ ” Phillips recalled. “I started going that way, and that guy in the hat stood in my way, and we were at an impasse. He just blocked my way and wouldn’t allow me to retreat.”

Phillips kept drumming and singing, thinking about his wife, Shoshana, who died of bone marrow cancer nearly four years ago, and the various threats that face indigenous communities around the world… Washington Post

For decades, Mr. Phillips has gone to the Arlington National Cemetery every Veterans Day with a peace pipe to pay tribute to the soldiers.

“They’re (the boys) just responding to a president that is giving license to racists and bigots who have no place in our society,” he said. “I wouldn’t even wish ill will on those kids,” he said. “My job has always been taking care of the fire, to keep the prayers going.”

This isn’t an isolated incident of hate crimes. You can Google ‘hate crimes’ and see all the conflicts this month: a Sikh man in Oregon attacked, Somalian immigrants in Kansas City targeted with a bomb to their apartment, and the list goes on.

But the purpose of this post isn’t to harp on the negative because hate cannot win. Everyday people can make a positive difference, whatever their age, ethnicity or race.

Today, promise yourself that you’ll seek social justice in whatever way you can. Be an inspiration. Find out about other cultures and ethnicities through conversation, reading, and exploring connections with others.

This is something you can do on MLK, Jr. Day:

Take yourself and/or your kids to any of the many MLK celebrations in cities and town throughout the USA. Take your kids, nieces or nephews, grandkids, your favorite kid to the library and have them read any of these children’s books

or the ones found on these sites: Pragmatic Mom, MultiCultural Kids Blog, or ask your friendly librarian for a suggestion.

Leave it to my friend, Amada, to throw a Quinceñera for her first published book, “My Very Own Room/Mi PropioCuarito.” She’s creative and fun like that.

The book, which teaches a valuable lesson about the strength of family and the importance of dreams, turns 15 in April 2015. Five children’s books later, Amada is still writing and teaching.

Fifteen years. That’s a lengthy publishing career and double long when you consider the years it takes before you’re published.

One must love to write more than anything to persevere as a writer, to endure sore wrists, critiques, missed events, questioning ourselves, and a mound of rejection letters.

That’s why one must celebrate and what better way for a Latina to commemorate 15 years of publication, why a Quinceñera, of course.

There is a myth the traditions of quinceañeras originated in ancient Aztec culture when girls around the age of 15 were placed in the hands of elder women to teach them the duties of a wife.

On the day of marriage, this elder would carry the girl on her back while others lit the path, to the groom’s house. The bride wore a decorated cape, and when the bride and groom united, the two capes were tied together to signify the marriage bond.

Celebrations today vary significantly across Latin American countries, but the theme is the same. La Quinceañera recognizes a girl’s journey from childhood to maturity with a ceremony that highlights God, family, friends, music, a waltz, food, and dance.

It is traditional for the Quinceañera to choose special friends to participate in what is called the Court of Honor. The females are called Damas. I’m excited to be in Amada’s court, especially since I never had a Quince myself. Hopefully, she’s not expecting us to learn the waltz. Knowing her, it would be a Tango, as she loves the dance.

The fun has already begun, with one of the damas posting her Quince dress online. A comment said it reminded her of the Portuguese Man O’War.

I don’t know about that choice, I’m partial to traditional gowns myself. But whatever we wear, I’m just happy to be at the Quince, celebrating friendship, family, and writing. And, of course, the big ole’ party. 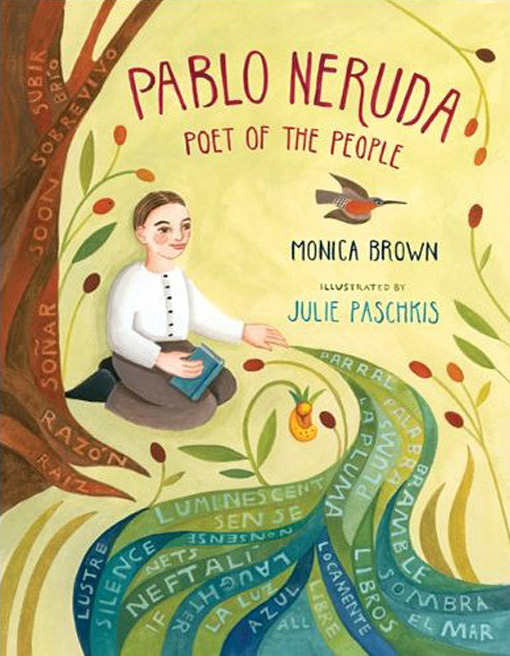 “A book is proof that humans are capable of working magic,” Carl Sagan

The week has flown by, riddled with the everyday happenings, participating in the writing challenge of NaNoWriMo, and revising an old manuscript.

Like many of you (I’m assuming) I love to read: poetry, YA, Adult, and Children’s Books. I read during my down time, which is literally when I’m in bed, for an hour or two before I drift off to sleep.

I’ve read some extraordinary books lately: Jean Rhys “The Wide Sargasso Sea,” and Helena Viramontes’ novel, “Their Dogs Came With Them.”  Both five star books, IMHO. These highly emotive, descriptive books had an intensity to them that I loved, but that also exhausted me—in a good way.

Reading doesn’t just keep the mind sharp, possibly stave off Alzheimer’s, and help you sleep better (not if you read horror), but research says reading is the tops in relaxation. Really—they did studies. Here’s the conclusion from the UK-University of Sussex:

Subjects only needed to read, silently, for six minutes to slow down the heart rate and ease tension in the muscles…it got subjects to stress levels lower than before they started.

So today I was delighted to come across a children’s book I think I will enjoy. Maria Popova said this about the book she featured for the week:

I was instantly smitten with Pablo Neruda: Poet of the People by Monica Brown, with absolutely stunning illustrations and hand-lettering by artist Julie Paschkis

Go have a look at the gorgeously illustrated pages that Popova has on her website: Brain Pickings. The colors delight the eyes, the illustrations and words relax the body.

I’ve added this book to my public library list, which has grown now to 10 books on hold.

So relax everyone. Take time out to enjoy your favorite activity to help you gather yourself together and take on the coming week.